Life on the Vines

“Team 3; meet at the Vinepower office at 5.05am. Please bring your tools, water, sun screen, a sunhat and some extra food as it may be a long day”  Each evening as all the backpackers sat around outside by the pool playing cards, listening to music and playing beer pong, one by one these text messages would start flooding into all of the groups. The excitement each night of finding out who was on what team, and what time we had to be there was what I enjoyed and this is how I met so many people. Paired off each day, I was working with fellow team members from all over the globe such as; the USA, United Kingdom, France, Italy, Germany and South America. Yes, we did start as early as that each morning, gathering in the pitch dark to form our teams with our supervisors and round up the troops to get out on the vineyards! We were ready to start picking onsite as soon as the fabulous West Coast sun would start to rise.

Working Monday – Friday and even some Saturday mornings, I was grateful to be getting another Visa day signed off, another step closer to my 88 days. In general my days weren’t too long, there were times when I would be back at the hostel having worked only a few hours that morning. But, on a good day, we would be sent to do more work in the afternoon on an hourly basis; ‘dropping’ the bad fruit and ‘netting’ the vines to prevent any damage. (So having that packed lunch and extra bottles of water really paid off).

When the fruit was harvested for that day, and the work was completed, the backpackers would all set off home back to their hostels, cabins or caravan parks. Having lived in Perth for my first year of my Working Holiday Visa, I moved 3 hours away down to the beautiful town of Margaret River located in the south of Western Australia. I stayed at the Margaret River Lodge hostel, so, what else was there to do with an early finish?  We spent the afternoons lying on the beautiful beaches, or setting off on wine tours, visiting cheese factories, fudge factories and even chocolate tasting. (Working on vineyards has not turned me off wine tasting – believe it or not!)

Luckily enough, I can say that one of the best Aussie experiences that I have had has been when I actually went away to complete my farm work!  Famous for not only it’s breathtaking coastlines and surfing spots, but showcasing the most amazing wineries, this is the place that travellers flock to year on year to complete their regional work. There are two seasons each year which attract working holiday makers into the town, grape picking season is the most popular, and also pruning season, this happens later in the year in winter months.

In February 2016, I had signed up with one of the labour hire agencies in that area called Vinepower. This is an agency who hires workers/backpackers to pick the fruit of the local vineyards throughout their ‘Vintage Season’. The majority of the work is done via ‘piece rate’ or ‘per bucket’, so you know what that means, the faster you pick, the more money you make!  The slower you are, well the less ‘Goon’ you will have!

Without a doubt, the most fantastic beaches I have visited here so far in Australia have been down in the region of Margaret River, and surrounding areas such as Augusta, Busselton and Dunsborough. The magnificent Hamelin Bay renowned for its stingrays has yet to be surpassed to me and as a traveller, having the privilege of exploring what the coast has to offer, along with getting those much needed Visa days ticked off, it really was the best way to tackle the travel bug. 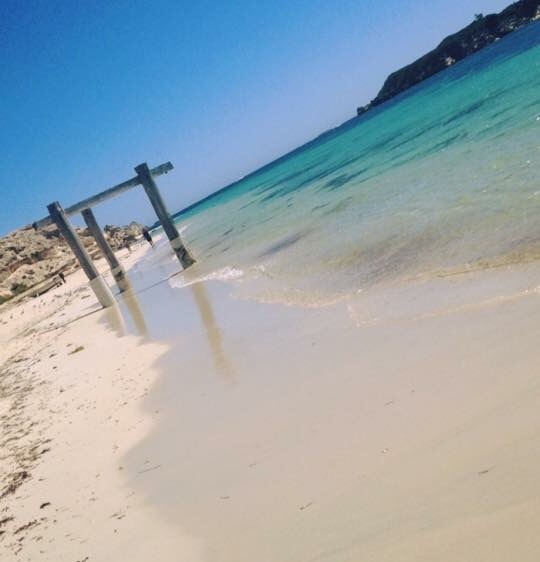 Looking back, there were times when the alarm went off at 4am or 5am, and as we would all scramble from our dorms into the kitchen, I would be asking myself how many more days of this do I have left? But, as the time grew nearer to the season ending, I knew I would never have this experience again in my lifetime. It opened up a whole new outlook for me on travelling, meeting new people, exploring new cultures and it brought out my competitive nature in more ways than one. The faster you are at working, the more tickets you give to your supervisor at the end of your shift, and the better the payslip you receive the following week. Very much the same as working on a commission basis! I like to put in hard work, I like winning, and I like to earn money…and here I am now a year later – in the world of recruitment!

Tips for backpacking around Australia in 2022