A 26-year-old journalism graduate who has found herself living a very different life to the one she first planned. After 12 months on the travelling trail and enough banana pancakes to last a lifetime, Jessica is now settled in Sydney and riding the recruitment consultant roller coaster. With first-hand experience in looking for work and getting to grips with a new city, she understands the trials and tribulations of the life of a working holiday maker, sharing a piece she wrote several years ago.

Backpack – check. A ridiculously small amount of clothes for one year – sure. A unbridled sense of adventure – eesh, maybe?? I’ll get back to you on that one.

I think the most important thing you need to know about me at this point is that I always have a plan. Always. And if you had told me three years ago, as I donned by cap and gown and saluted the end of my education, that I would now be writing to you from the floor of a cramped four-bed hostel room in Sydney, I would have respectfully told you to jog on.

Surrounded by clothes, most of them dirty, half-eaten packets of crisps and a few crumpled postcards, I genuinely couldn’t be happier.

But this was never the vision I had for myself. It wasn’t part of the plan.

I always do the right thing, or try to, at least.  I am a stickler for routine and a self-confessed control freak. Travelling was always more of a pipe dream, not what I considered ‘the right way’ to build a career. While everyone else was off seeing the world, doing body shots off strangers and tubing down a river in Laos, I was content in the fact that just two years out of university, I had secured my dream first media job – writing for my local newspaper as a trainee journalist.

The hours were long and the deadlines were tight – but I loved it. Yes, some days were slow, covering your typical small town stories – cat stuck up a tree, or, in my case, a garden wall that was built in the wrong place – yep, that happened – but I also got to cover a general election and, sadly, six brutal murders.

On paper, my life was planning out just as I had hoped. I had my dream job, a good social life and was managing to save money. But, it seems the one thing childhood tales don’t teach you is that when a dream comes true, sometimes it doesn’t fulfil you as you had hoped. 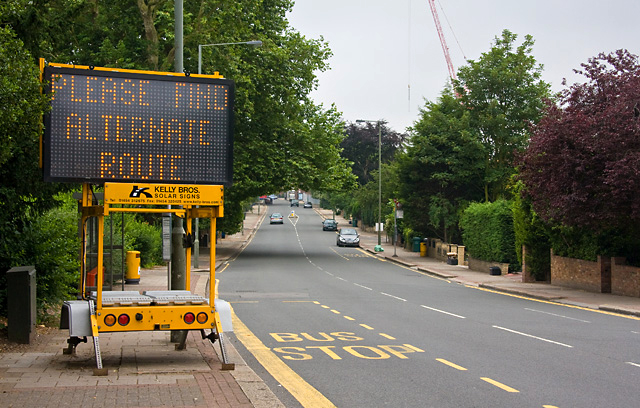 The other thing they fail to teach you is that this is absolutely fine.

In my case, it was the perfect job but the wrong timing.

Nine months into my new role, I was preparing to move to northern England for a few months to start my senior journalist qualifications, which would then see me committed to my paper and my home for three years.

The course would give me all the skills and credentials to walk into any newsroom, and my boss was kindly footing the £10,000 bill – what more could a trainee ask for?

Turns out, a few things.

From what I’ve told you already, I’m guessing you will find it as funny as I did that I was once told that I had a spontaneous personality, loved thrill and excitement and trying new things. Hmmm. I’m going to be honest and say I valued those psychological results as highly as the fax paper they were printed on. But, as it turns out, that 250 question test with questions like, ‘Do you cheat in card games?’ and, ‘Is it always right to tell the truth?’ actually had more credit than I gave it.

So, before I stepped into the freezing depths of an English winter and the books of my course, I decided to take a three week holiday to Australia to visit family and two uni friends who had started their traveling journey a few months before.

The eight days I spent living the backpacker lifestyle changed the course of my life for the next few years. Before I knew it, I was drinking goon (who doesn’t love buying five litres of wine for a mere £8?), meeting new and interesting people, each with their own story to tell, and most importantly, free falling 14,000 ft out of a plane with a parachute strapped to my back, something I never, ever thought I would do. 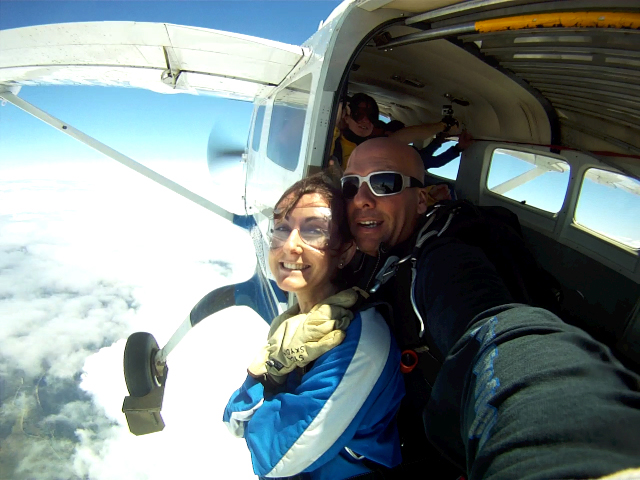 I started to like the traveling me; she was less straight laced and brave enough to take some risks. Maybe I wasn’t always going to do the right thing, and I liked it.

Turns out, despite my job filling my employment dreams, I really was craving spontaneity, thrill, excitement and new experiences. I feel I should probably go back and pay that psychologist a little more attention now. Please take this as my public apology, Mr Roskoe.

And so, as I headed back to the UK after an amazing holiday, held captive in my tiny aeroplane seat, I tried to work through the still seemingly unattainable idea of becoming a traveller full time.

Was this just a severe case of the holiday blues? Could I genuinely give up my job which I loved and had studied for three years to get? Would my parents go for it? Is this the most ridiculous idea I have EVER had?

The following three months can only be described as an emotional rollercoaster, with my mind dipping and darting in different directions and many times doing a complete 180.

But the time finally came, and the decision was made. The timing was never going to be right to go travelling, and it definitely wasn’t right at that moment, but, to play to a common cliche, it felt right. I got a taste for what was out there, and it pulled me away from what I had.

Now, seven weeks into my travels, I know I left an unbelievable opportunity behind me, especially in the current UK job market, and I know many people will think I’m absolutely barking.

But I also know I haven’t looked back once and am so excited for what this year will bring. I was lucky to have two good opportunities staring me in the face – build a career or see the world. 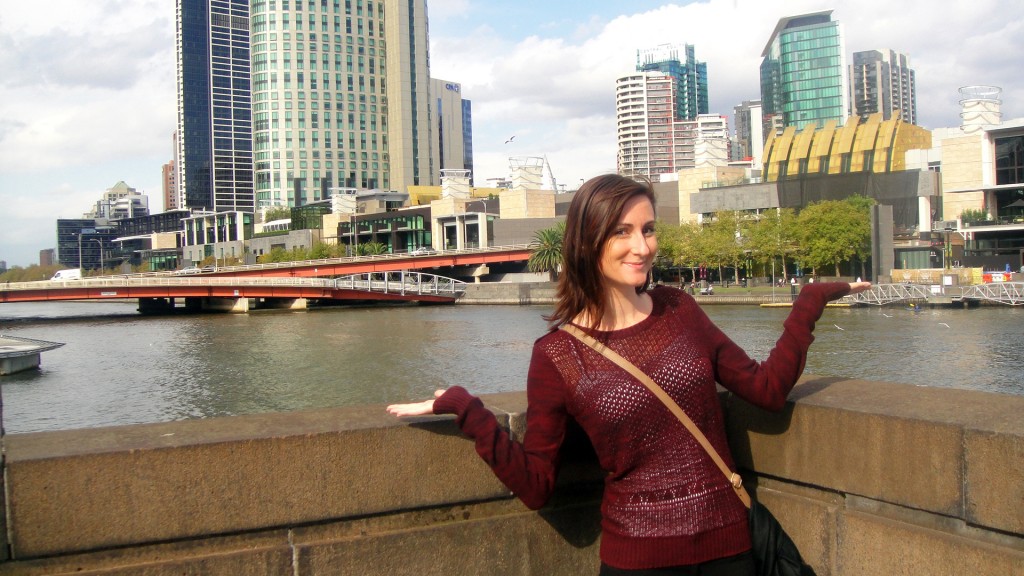 Reading this back, sitting on my hostel floor, I am surrounded by the sleeping bodies of my two friends I lived with at university and two travelling friends they have picked up along the way.

Among us, we have a qualified primary school teacher, an architect, a dietician and a product design engineer. Once sharing a house, we now share one room, need keys to get into our communal showers, are void of any kind of comfy seats, spend a silly amount of money of food and live our lives out of 90 litre rucksacks.

We hold jobs as lifeguards, waitresses and barmaids and are all pretty happy in our choice to step away from the life journeys we originally saw ourselves taking.

My dream to be a newspaper journalist is still very much alive; I’ve just pushed the pause button for a little while.

I don’t want to be another person telling you the world is your oyster, to live in the moment and to remember that you never know what is round the corner. While they are all true, the world being your oyster can sometimes be the problem – too much choice… and you know, when you have been searching for a job or plan for months, all you really want to do is get a sneak peak of what lies waiting for you around the next corner.

The one thing I will say is this: if, like me, you always stick to a plan and do the right thing  – then don’t.

For me, it was the best decision I ever made.

How to Find Work in Australia with a Working Holiday Visa